Madgermanes in Mozambique. A personal story. 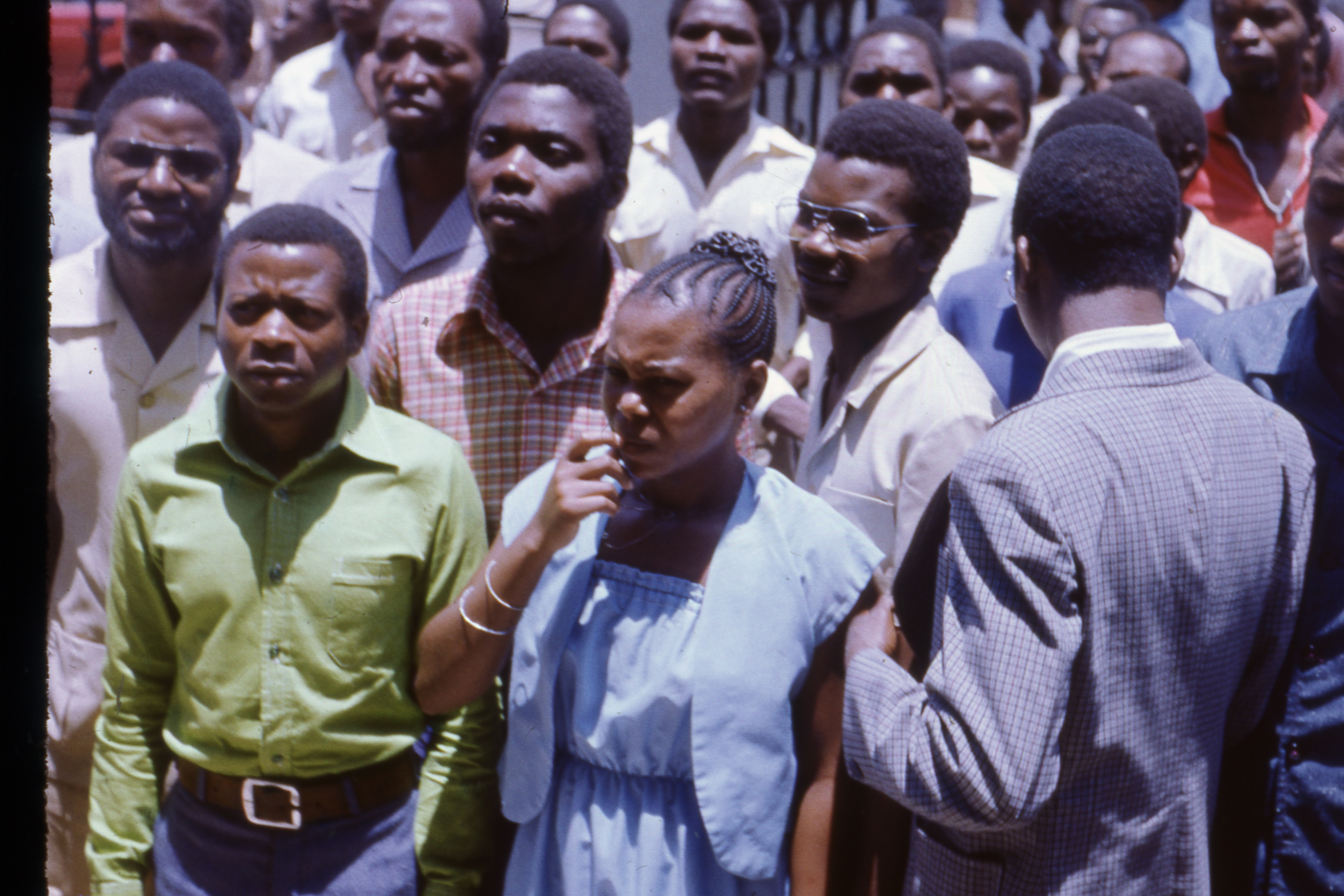 In the context of the conference “Respekt und Anerkennung” [Respect and Recognition] in February 2019 in Magdeburg, the topic of the “Madgermanes”, Mozambican contract workers in the GDR, was one of the focal points.

In my book “Berichte aus dem Morgengrauen. Als Entwicklungshelfer der DDR in Mosambik” [Reports from the Dawn. As a development aid worker of the GDR in Mozambique] I follow the historical traces of this movement and describe his fate in the GDR and Mozambique using the example of a Mozambican friend of our family. In this way, the statements of those affected in Magdeburg are given a further personal concretization.

How many illusions burst in Mozambique?

I have been studying the country for 25 years.

I knew what had happened there since my last stay.

Already in 1989 the V. Frelimo Congress said goodbye to Marxism-Leninism as state ideology. One year later Frelimo and Renamo negotiated in Rome about the end of the civil war. The new constitution was put into effect in 1990. In 1991 the VI Frelimo Congress took decisive decisions for the future of the country. The party itself was democratised. For the first time, the Central Committee and the newly created Political Committee were assembled by secret ballot. Since then, Frelimo’s new mission statement has been called “Democratic Socialism”. On October 4, 1992, the political opponents returned to Rome again. President Chissano and Renamo leader Dhlakama signed the peace agreement. It included the demobilisation of the army and Renamo and the establishment of joint armed forces. Elections were then to take place. The establishment of a United Nations Monitoring and Control Commission was requested. In 1992, the UN Security Council approved the ONUMOZ mission to Mozambique. An 8,000-strong peacekeeping force was to ensure compliance with the measures decided upon. The 16-year civil war had cost the lives of at least 600,000 people.

Estêvão had come to the GDR as a contract worker and had worked at VEB Walzwerk Finow. His circle of friends was large at that time. He had a pleasant, friendly nature, was helpful and of a cheerful nature. Even before the political change in the GDR, he had returned to his homeland.

We sat in a street café on the Avenida Eduardo Mondlane. The traffic increased in the afternoon and the increasing noise forced us more and more to stick our heads together during the conversation as if we were exchanging secrets. The events which Estêvão described had also become known in Germany through newspaper reports and a report in the ARD programme “Weltspiegel”.

After he had described to me how he had come to one or the other job in search of work, he came up with the topic that interested me most.

“When I returned to Maputo, I was special to my family and neighbors. I had managed to work in Germany, so I was a traveller, one who had seen the world. But there were soon many who came back, and so the memory of my surroundings faded from my past and the amazement of the people diminished. But we “Mozambik-Ossis” met more and more often and talked about our time in the GDR. It is said that 18,000 to 20,000 workers from Mozambique worked for you. When the Berlin Wall fell, almost all Mozambicans were sent home. It was difficult for us to gain a foothold again. The people thought that we would take away their work as better qualified. In any case, unemployment in the cities, also here in Maputo, increased rapidly. Our apparent superiority in knowledge and work experience became a disadvantage. Unemployment and poverty were joined by mistrust and rejection.”

The 41-year-old took a break and thought visibly strained.

“We could hardly cope with life here anymore. Actually we had become Germans, who should now live in Mozambique. Most of us tried to get a job in German companies in Maputo. But the chances were small. So we remained the unloved Regressados (returnees). When we met, we sometimes talked about the Oberligafußball from GDR times, about Dynamo Dresden and so on.

At our sporadic meetings it turned out that we all had the same problem. The GDR government had arranged for 25% of the wage to be deducted from the Mozambican contract workers between 1979 and 1985. After that, it was even 60 percent. This money was transferred to the Mozambican government. It was to pay us when we returned. But what were they doing up there? They used it to pay off public debt or to import goods. Most of us went away empty-handed.”

I told him it had to be quite a large sum. In a newspaper report, 12.5 million Marks alone had been mentioned, which flowed to Mozambique via the Foreign Trade Bank in Berlin in 1990.

“In order to receive our money, we went public with our demands and asked the government for payment. On Saturdays we met at the Jardim de Liberdade and discussed. The people called us Madgermanes (“many Germans”). When the success failed, we began to hold Friday demonstrations in Maputo, taking GDR flags with us. The police even used weapons against us. Our colleague Virgílio Amade was shot. Rubber bullets were mostly used. The money that was withheld from us was declared as a pension or social security contribution.

I was not always present at the demos. Not even in the previous year, when 41 of us disarmed the guards, invaded the German embassy in Maputo and kept them occupied for five days. Ambassador Ulf Dieter Klemm and his staff were taken “as collateral”. In return for the release of all embassy staff on the first evening, the police had to retreat to a distance of 300 meters. The ambassador forbade the police to storm the embassy. It was an extraterritorial, German territory. Our people wanted to put pressure on the German government. In the meantime, they are said to have transferred 20 million euros to Mozambique. We felt abandoned by both governments. Between 100 and 2,000 people took part in each of our demonstrations. Once even our President of Parliament was captured and forced to debate with the Minister for Economic Affairs. It was of no use in the end’.

I remembered a press release in 2002, when the Association of German Pension Insurance Institutions had decided to recognise a nationwide uniform regulation of employment periods for former GDR contract workers.

That did not comfort Estêvão.

Those who had returned to their home countries before 3 October 1990 were excluded from the claims.

We drank our Mozambican beer and interpreted the taste of Radeberger Pils into it.