The “Grande Hotel” in Beira 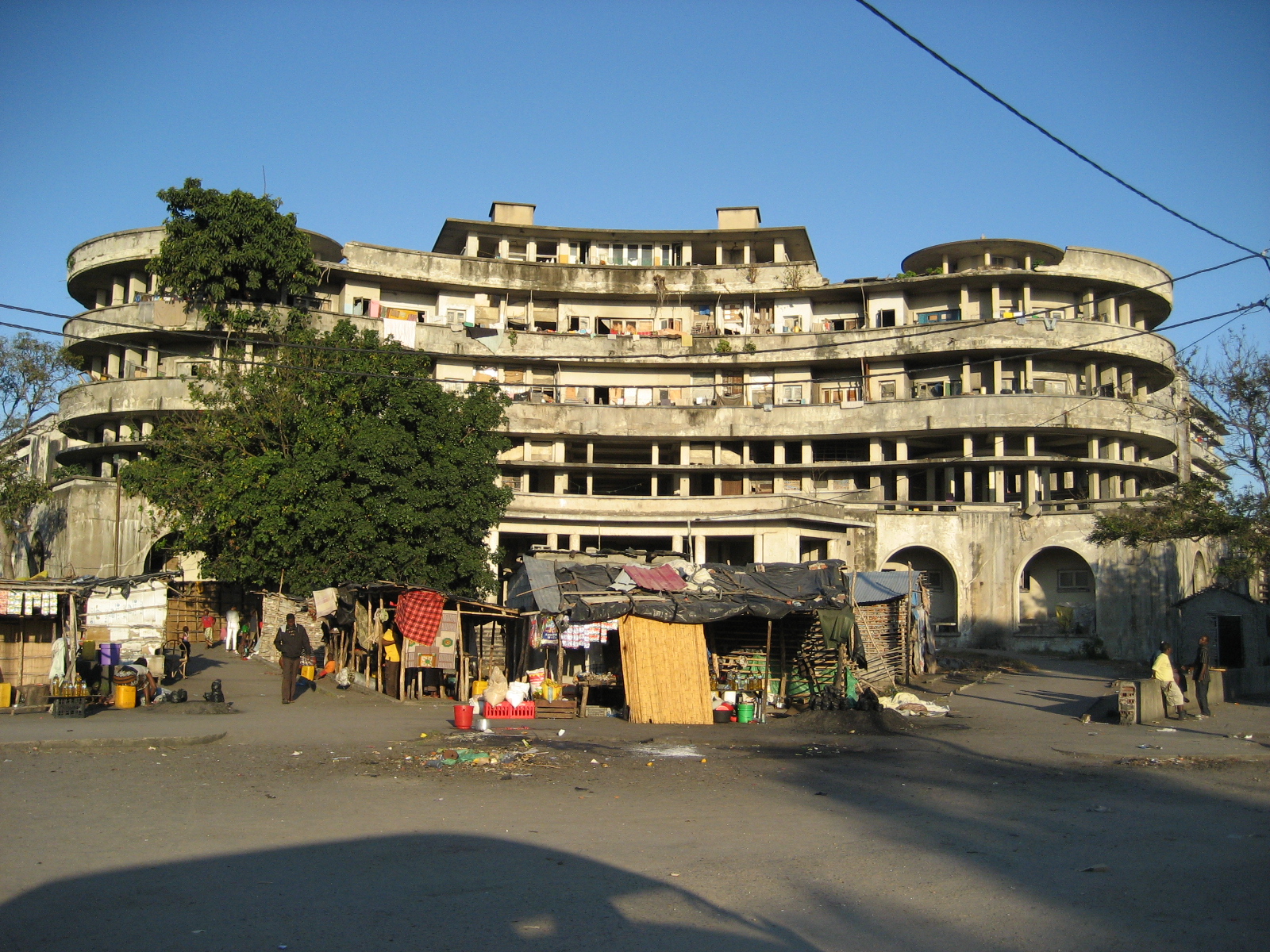 The formerly largest and most beautiful hotel in southern Africa, the “Grande Hotel”, is located in the Mozambican city of Beira. A few years after it was opened, it became the accommodation of the military and police and later served as a refuge for refugees in the Mozambican civil war. Today it exists as a ruin in which 3500 people live without electricity, water and other comforts. Despite an interim cleaning by Austrian organisers, the hotel is rubbish and a constant source of disease for its inhabitants.

The “mayor” of the “hotel residents” confirmed to me in an interview (August 2012) that there is currently no possibility of resettlement of the residents in normal housing in the city of Beira. Although the people organize their lives in the ruins (there are private sales stands) and try to keep their own living space clean, the final decay is unstoppable and according to our impressions only a matter of time.

The “Grande Hotel” (also called “White Elephant”) was opened on Saturday, July 16, 1955 as “Pride of Africa”. The architect Francisco de Castro created it on behalf of the Portuguese “Mozambique Society”. Style: Art déco. Cost: 90 million escudos (equivalent today to a value of around 31 million euros). It contained 122 luxury suites and was rarely fully booked. It was closed in 1963, only the conference rooms and the swimming pool remained in operation.

From 1975 (Mozambique’s year of independence), it served as a prison and accommodation for soldiers and policemen. There were also soldiers from Zimbabwe who had to protect the city of Beira in order to secure the railway line “Beira corridor”. In 1980 another official New Year’s Eve celebration took place in the hotel.

In the course of the civil war (1976 to 1992) refugees from different parts of the country occupied the building. They sold the interior furnishings, including wooden floors, lamps, carpets, washbasins, furniture, the metal of the elevators, window glass.

Today more than 3000 people live in about 800 “apartments”. The rooms were divided into “casas” with boards and tarpaulins. The situation: no electricity, no water, no sanitary facilities, open light shafts, rubbish heaps in front of and in the hotel. Rain penetrates. Dirt, decay, mould, faeces. Small sales stalls on the floors. Playing children.

The asocial conditions highlighted in newspaper reports (violence, prostitution, drugs) do not play a dominant role!

The hotel was evacuated several times by the police, but was occupied again and again. Finally, it was donated by the owner company to the city of Beira.

From the roof terrace (Terraca de telhado) there is a good view over the city.

In 2010 Carlos Carlos was elected “Secretário do Hotel”.

In 2011 the Austrians Birgit Reiter and Volkmar Überacker organised an initiative to clean the house. After 6 weeks the light shaft and the terrace were clean. 160 rubbish containers were filled and removed. The city of Beira promised to set up sufficient garbage containers in front of the building in order to prevent further pollution. However, the city did not keep its promise.

Life at the hotel: