Lourenço Marques – Maputo – Mozambique: The History of a City 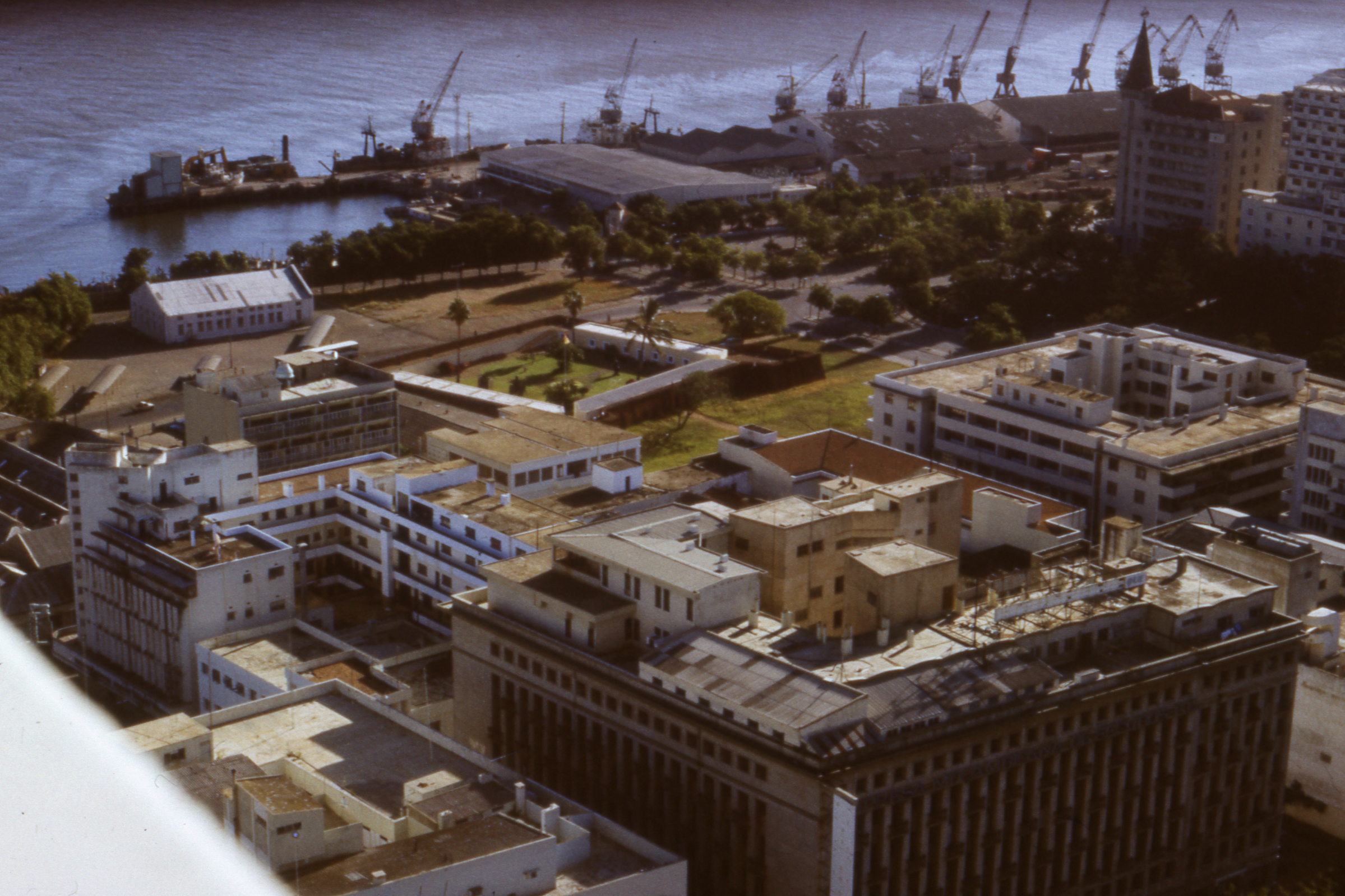 Maputo is gaining increasing tourist, economic and political importance in southern Africa. To understand this development, a look at history can be helpful. That’s why I have included an excerpt from my book “Berichte aus dem Morgengrauen. Als Entwicklungshelfer der DDR in Mosambik“, which traces the development of the city historically.

The Portuguese conquerors had already taken an early interest in the bay. Already in 1501 or 1502 the Portuguese João da Nova had discovered this paradisiacal spot. But at that time they were just beginning to establish themselves further north on the Ilha de Moçambique, because it was more convenient for the intended conquests and trading activities. In 1544, the merchant Lourenço Marques was sent from there to explore the trading possibilities of the region. Until the 18th century, the names of the bay changed frequently: Baia de Lourenço Marques, Baía do Rio da Alagoa, Baía da Alagoa, Baía Formosa, Baía do Cabo dos Correntes. The Portuguese king Sebastião finally ordered the study of the bay in 1575. In the last quarter of the 18th century, the Portuguese built the first military fortification on the left bank of the Espírito Santo River.

They had already previously built a fortified trade defeat on the right bank in Ponta Maone in today’s Catembe district. The construction of the fort of Lourenço Marques, the Fortaleza de Nossa Senhora da Conceição (i.e. Mary of the Immaculate Conception, the patron saint of Portugal) finally began.

But soon rivals crossed in the form of Dutchmen searching for land and property. In 1721 a Dutch expedition even appeared and founded a trading post, exactly opposite the Portuguese one. However, the reputation of the wealth of the region had already (1694) attracted English merchants who were competitors and enemies of the Dutch. (This is connected with the colonization of today’s South Africa.) When the situation changed, the English took action against the Portuguese together with the Dutch.

The Dutch fortification was not permanent, it disappeared in 1734 without a sound. But even the Portuguese fort was not far away, so the Governor General had it restored in 1752. That was high time, because now an English lieutenant colonel appeared in Austrian (!) service and had a fortified factor built in Catembe. This arrogance of 1777 was punished in 1781 with the storming of the establishment by a troop under Godinha de Mira. In a description of the procedure one can read: “Two companies Infantry and Sipaios landed as well as an artillery department with field guns and war ammunition. They moved quickly towards the Austrian fortress, without prior notice, giving them no time to prepare for defense.”

Strengthened in such a way, the Portuguese fortress at the Rio Espirito Santo is restored, because it was located on the territory of the unpredictable chief of Matola, which was uncertain for the colonial soldiers. That is to say, it must have remained for some time with the mere attempt of the extension of the fort, because that first period of the military installation shows in the time from 1782 to 1786 the wear and tear of two governors and four interim commanders. “In this period of five years”, the aforementioned chronicler admits, “none of the governors actually succeeds in building the fort”.

The occupation varied between 15 and 70 men. In 1787 the work finally succeeded, but the hostilities with the “Pretos” (the “blacks”) increased, and “therefore going to Lourenço Marques meant voluntarily taking on a death sentence”. Although he succeeded in persuading Chief Capele to donate land to the Portuguese Crown, new enemies appeared. This time it is the French legionnaires who attack, plunder and tear down the fort in 1796 and leave it immediately. But Portuguese colonial spirit reaches the resurrection in the third year after the destruction. Joy and suffering continued to accompany colonial policy. The English attempted to seize the trade around the bay and Portugal was forced to expel them. The work succeeds!

But in the same year, 1815, the “Kaffirs” murdered the man who governed Portuguese history in the south – João Pereira de Sousa. A Portuguese trading company establishes itself and in 1825 acquires a monopoly on ivory trading. After all, it keeps that for ten years. Even if trade seems to be flourishing, the fort again suffered a sad fate: “Two years earlier (1833, the V. V.) the fort was besieged by the Vátuas. From 27 to 28 October, the Portuguese evacuated the fort and withdrew with their governor to the island of Xefina. Everything is destroyed. The Vátuas seized the governor, murdered him with extraordinary perversity after being forced to dance all night long… Everything was (re)conquered and restored, even if the war with the Vátuas continued, especially in 1841 and 1843. The war against the Vátuas ended in 1845, although there were still a few clashes, among which the one of 1850 was particularly noteworthy.”

The chief Muzila submits to the Portuguese crown and becomes tributary and “gives us the territories of Muamba, Cherinda, Manhica and Injote up to the Rio Incomati”.

After this happened in 1862 and one has “own” land around the fort, one lives somewhat more surely in it. 1866 it is again developed. The peace is deceptive, because the chronicle reports two years later that “the natives” attacked the fort. If one regarded the latter from a Portuguese point of view also as troublemakers and murderers who wanted evil for the Europeans, one also had to defend oneself against evil Europeans who did not allow the Portuguese conquerors the colonial profit. History shows a serious dispute between England and Portugal about fat bites. Both sides wanted to take the territories south of Lourenço Marques, the beautiful island of Inhaca, the island of the elephants and the area around the Rio Manhica into their own greedy hands. A well-armed force of English soldiers led by Captain Owen invaded the territory occupied by Portugal and sought a pretext for the war.

Officially, the men of the British Isles announced that they intended only to undertake geographical and hydrographic studies. To be on the safe side, they bribed some of the surrounding chieftains. The powerful chief of Matola intervened in the events of 1823 and had the English flag torn down. Five years later another English ship appeared with the same intentions, but the plan was shattered. Oh, how tough were the English, because in 1861 a steam-driven English warship appeared in the bay with the strict order to plant the English flag on the island of Inhaca and on the island of elephants. However, in view of the Portuguese acquisition of land at that time, the radius of action of the Portuguese increased and construction began outside the fort. In 1876, Fort and its surroundings were named “Vila de Lourenço Marques” (“Small Town of Lourenço Marques”), which resulted in the settlement of further Portuguese merchants. Finally, in 1887, it became the “Cidade de Lourenço Marques” (“City of Lourenço Marques”), which gradually grew into what the city of Maputo is today.