Austria in the history of Maputo 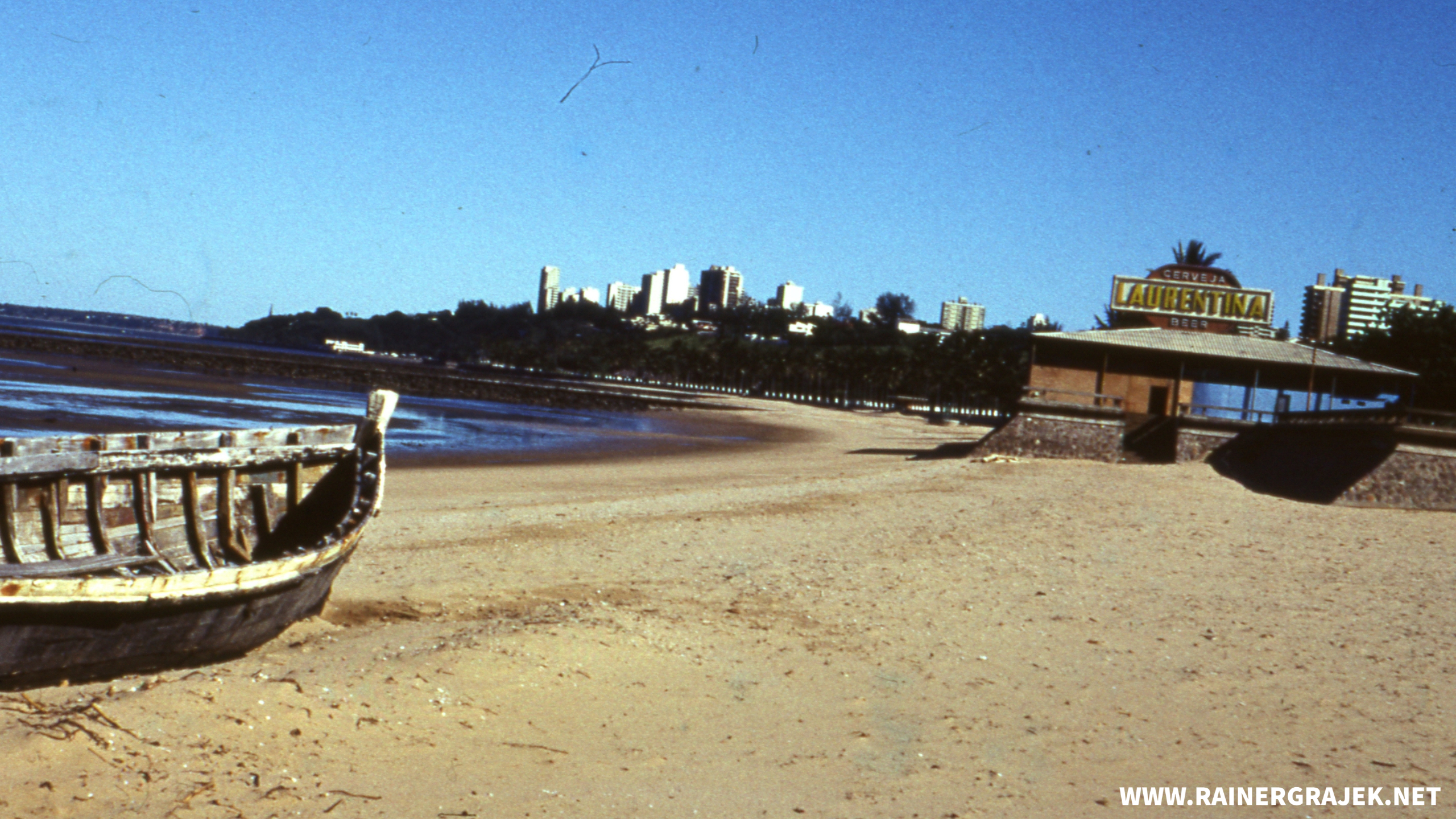 Readers from Austria who are interested in history will wonder with surprise what role their country and an “English lieutenant colonel in Austrian service” I mentioned in 1777 play in the history of Lourenço Marques, today’s Maputo. The following remarks are intended to answer this question.

In the Bay of Maputo (at that time: “Baia de Lourenço Marques”, “Baia de Lagoa”, “Delagoa Bay”), a lively trade activity had developed by the 18th century, which in the course of its development phases (gold, ivory and slave trade phases) had attracted not only Portuguese interested parties.

The NGUNI people living there in particular exported ivory and bought glass bead jewellery, brass ingots, bangles and textiles. The tribes of the region fought for control of the trade. An ecological crisis and social conflicts led to the number of political units (chiefdoms and kingdoms) dropping to about 20 by 1770.

Slave traders made plenty of profit, buying people from the chiefs and selling them on the plantations of Brazil, Cuba and the French islands in the Indian Ocean.

Austria was only slightly involved in these processes. However, it had already shown interest in the colonies in the Vienna Treaties in 1725 and Spain granted Austrian merchants in the colonies the same privileges as the maritime powers. In 1731, it renounced overseas trade in the so-called Second Treaty of Vienna. However, in 1775 this interest increased again because various special tariffs were abolished in the spirit of mercantilism and those for the import of raw products were lowered. However, this did not cause Austria to seek colonies, but it tried to obtain holdings with modest expenditure.

This is where the Briton WILLIAM BOLTS (1738-1808) came into play. He was born in Amsterdam, worked for a long time in India as an employee of the East India Company. Later he made himself independent and stayed in Portugal. He knew that the “Baia de Lagoa” had already been occupied by the Portuguese in 1544, but had long been outside their ideas of settlement. A station built by the Dutch in 1721 was abandoned nine years later.

In 1775 Bolts offered his services to the imperial government of Austria and made a proposal to re-establish trade with India from the port of Trieste. It was accepted by the government of Empress Maria Theresa.

In 1776 he ran a ship under the imperial flag and was in possession of an Austrian trade authorisation. In March 1777, Lieutenant Colonel William Bolts established an Austrian factories in the “Baia de Lagoa”, had a small harbour built and a fort with two cannons and a crew of ten men. The British had bought the land from the chiefs Mohaar Capell and Chibauraan Matola in the service of Austria. The trading post in the bay was intended to expand trade between East Africa and the ports on the West Indian Malabar coast.  He had three ships at his disposal. He cleverly procured cochineal scale insects from Brazil, brought them to Delagoa Bay to produce red dye in a factory and sell it to India, among others. In April 1781, Portugal put an end to this activity. It sent a frigate with 40 cannons and 500 men from Goa and drove Bolt’s people out of the bay. The Portuguese stayed and built a fortress in 1787, which also threatened Austria.