Lubango – Sá de Bandeira – The history of a city in Angola 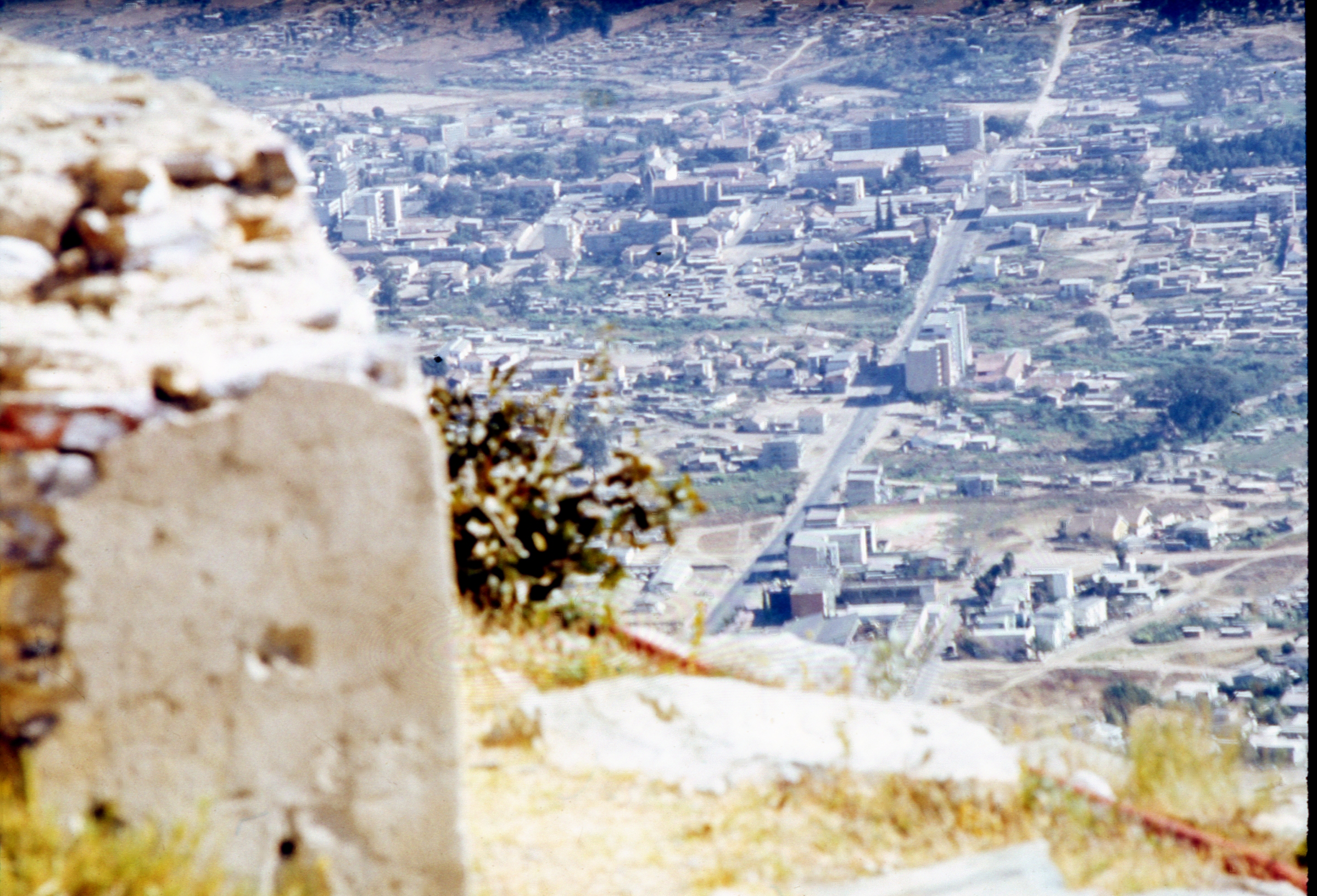 I spent some time together with my wife in the city of Lubango, which lies in the province of Huíla in the south of the country. The history of the city is connected with some of the most beautiful places of the city and will be illuminated in the following.

After lunch on Sunday we mostly drove to Senhora do Monte. The idyllic spot grew so close to our hearts that his visit became a real need. It was a tiny chapel with a square tower with a pyramid roof on a peninsula-shaped platform in the mountains, from where the view could wander far over the valley and the green mountain slopes did the eyes good. A stairway with wide and deep steps led up, past a place for religious ceremonies with Christian insignia and the sign of the fish. Still today, when I try to imagine the most impressive landscapes of Angola, the idyllic jewel “Nossa Senhora do Monte” (“Mary of the Mountain”) appears next to the Leva. The idea for its construction was born in 1901, when the city commemorated the 40 strongly religious families who came from Madeira Island in 1885, founded and expanded the town under the direction of the first mayor José Augusto. Because Madeira had a place of worship of the same name, the dignitaries of the city wanted to create a chapel called “Nossa Senhora do Monte”. A committee took over the planning work, collected donations, had an access road built, bought the land and commissioned the bricklayer Jacinto Rodrigues and the carpenter João da Silva with the construction work. After another donor had been found for the statue of the Virgin Mary with a silver crown, nothing stood in the way of the solemn consecration on 14 August 1903. In 1919 plans were drawn up for a new building, which was handed over on 15 August 1921.

Today’s visitor to the simple chapel is also enchanted by the sight. It is not only the view of the city spreading out below. Above all, the rock walls, flowers, trees and bushes on the left and right, which are striving skywards, fill the nature lover with a feeling of joyful lightness. As if to deepen the impression, nature has added a cataract to the landscape, from which a few metres from the sacred site water jumps out of the rocks and forms the beginning of the M`cufe river.

Here were all the motifs with which the romantic German painter Caspar David Friedrich once expressed the longing for the distance as the basic idea of his time.

History of the city of Lubango

The Portuguese considered the village sacred in the truest sense of the word, for the foundation of the city always remained linked to the fact that it was not only those 40 families who made the city flourish that made it possible for it to flourish. In total, about 1000 families came from Madeira, Portugal, who founded numerous towns on the rocky plateau and, with the development of exchange and road connections, made it possible for hospitals, churches, a cathedral, schools, banks (including a branch of the National Overseas Bank BNU), post offices and telegraph offices, the food industry, modern administrative buildings and the regional airport to develop in Sá da Bandeira. With the confirmation by the Berlin Conference that Angola was a Portuguese colony, Boers who had arrived from South Africa withdrew back to their homeland and left the field to the colonial power. Sá da Bandeira remained a predominantly white city, as the area was hardly touched by the indigenous people, the Khoisan group. The white population did not leave the city on a massive scale until Angola gained independence in 1974/75, leaving behind economic chaos.

Already in 1882 the Portuguese tried to take the fertile area of Lubango. They failed because of the resistance of the black population under the leadership of their chief, who called himself Grande Cabeça (Big Head).

Lubango was the name of a small river that flowed into the M´cufe (also: Mucufi). Because he feared new attacks, however, the chief left the region with the previous inhabitants, and so the settlers from Madeira arriving in 1884 with the transport ship “India” in Moçamedes did not encounter any armed resistance. This first group was followed by a second, which founded the “Colónia de Sá de Bandeira” on 19 January 1885. They had to overcome the difficult passage through the dry desert and climb the ridges of the Serra da Chela. Once they reached the top, they built Barracões de capim (grass camps) on the banks of the river Caculovar and set out daily in search of fertile land and drinking water. This is how the city came into being. Everyone built a house on the land assigned to them, laid out gardens and fields, started raising animals and rejoiced at the harvest brought in on good soil. The joyful beginning was followed by disappointments and setbacks in the form of strong hoarfrost, which destroyed the effort of months at night. Periods of drought alternated with long rains. Then locusts fell on the fields, unknown diseases decimated the livestock. But the settlers did not give up. Together they drew ten kilometres of ditches and discovered in 1887 that hard-skinned wheat flourished splendidly. Peaches, figs, coffee, sweet potatoes and the so-called English potato were cultivated and independent supplies ensured. As a result of the growing prosperity, the market and market place, a hospital, a prison, the cemetery, the barracks and an arms depot, a primary school were built. Water was diverted from the Lubango River and led to the needy via levadas (water pipes). In 1900 1575 people lived in the village, among them 1248 white people. In 1901 Lubango was elevated to the rank of a Vila (small town) de Sá de Bandeira. In the hinterland of the province until 1917 there were still military actions to conquer the Chela region. On 31 May 1923, the railway reached the town and General Norton de Matos, who had arrived for the opening, declared it the Cidade (town) of Sá da Bandeira. Finally, it should be mentioned that the Luanda University established a branch here in 1963.

The Lubango Cristo Rei was inaugurated by 2000 members of the Portuguese community on 30 November 1960. So he was significantly younger than his Brazilian counterpart from 1931 on the Corcovado mountain above Rio de Janeiro. The construction of the Lubango church began in 1957. His creators used 40 tons of reinforced concrete in the twelve meter high Christ figure. It stood on a 13 meter high pedestal made of the same material. Artificial white marble was used for the cladding. Special attention was paid to the figure of Christ. Its creator, the Luanda sculptor Gil Barreiros, had the head made of white marble specially in Portugal. At the time of our visits, the ravages of time were already busy gnawing at the monument.