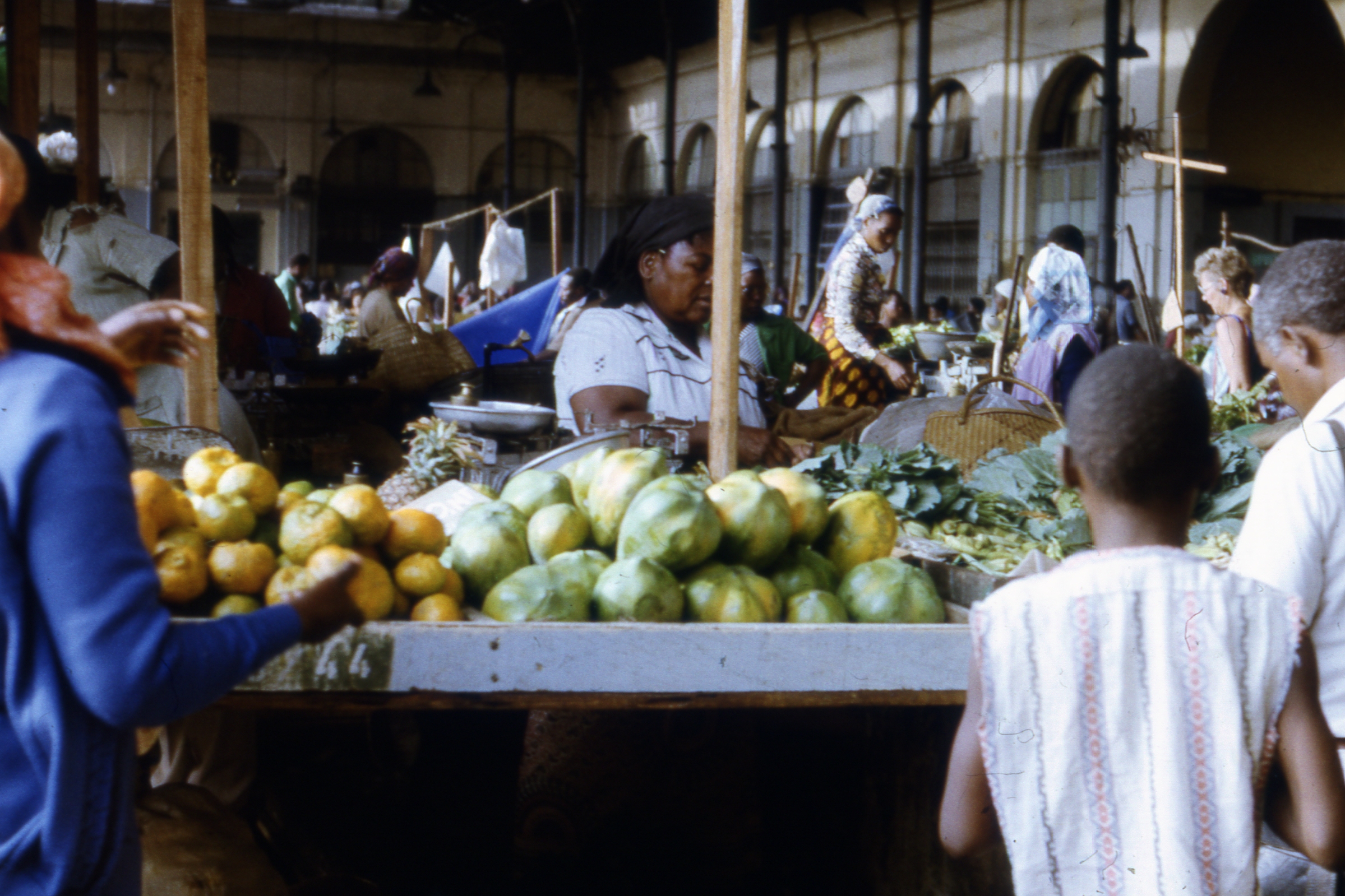 While looking through my archive of newspaper articles from Mozambique, I received the following call for monthly rations from the newspaper Notícias of 25 April 1986.

In my book “Reports from the Dawn. As an aid worker of the GDR in Mozambique” I document in detail the effects of the great drought in 1982. This also led to the rationing of food:

“The four distribution centres in the districts of Matola, Machava, Chamanculo and Maxaquene had to switch to the rationed levy as a result of the water shortage. The situation became even more difficult, especially for the parts of the cement city that were already insufficiently supplied – Alto Maé, Malhangalene and Bairro Central. The programme to improve the situation included increasing the station’s collection capacity by 1986, improving the pumping system and laying new pipes to transport water from the Rio Umbeluzi to Matola and from there to Machava. In addition, an important project, the hydrogeological exploration of the groundwater resources in the north of Maputo, from the districts of Costa de Sol and Mahotas to Marracuene, was to be launched.

The Soviet Union sent 12,000 tons of wheat for the victims of the drought. Another 2,500 tons of rice will arrive soon. Our water situation has improved a little, but we still carry buckets of rice. Also in South Africa worst dryness for many years (sources of the Mozambican rivers lie partly in South Africa).

The FAO Regional Conference in Algeria publishes the following facts: 72 million out of 475 million inhabitants of Africa suffer from chronic hunger (about 15 percent). In the last ten years: Increase in agricultural production by 18 percent; increase in population by 32 percent! The figures given by the FAO were alarming. Over a year later, I entered the following notes in my diary.

Mozambique needs 250,000 tons of grain for the next five months in the arid regions. There are no more state food reserves (all used up). In some areas it has not rained for five years. Catastrophe if the next harvest fails again! FAO announces: Over 200 million Africans are undernourished. The national income of sub-Saharan Africa has not exceeded the 0.2 percent increase for two years: now it has fallen to 0.1 percent (according to a study by the World Bank).

Catastrophic water shortage for days. The Umbeluzi hardly has any water left. Not a drop arrives at the “Lido”, our block of houses. Ute continues in the “Wasserbicha”. What everyone had feared had become a certainty: The drought continued, spread, and in its destructive activity particularly affected the southern provinces. On the last day of the month “Notícias” wrote that the Rio Incomati had dried up near Mombane and that by December 1982 about 40,000 of 120,000 cattle had died in that area. The entire corn harvest in the family-run Machambas had been destroyed, and the cooperatives had suffered losses of 50 percent. And: no rain is to be expected until next November. Without water, no harvest will flourish on the Machamba. No harvest – that means illness and death for the weak. But how long can the strong survive without drinking? One morning, just a few steps away from the ministry, a twelve-year-old boy with a bloated stomach, motionless, unable to stand up when worried passers-by bent over him was lying on the central strip of the street that served as a parking lot. Later, a police car came and took him with it. The next morning it was almost in the same place as the day before. For most of the day I thought of how safe our two-year-old Andreas was, of the children at home who got up from bed in the morning, had breakfast, milk or tea as a matter of course. Water too? Which child in the GDR actually drinks water? Clear, cool, healthy …”